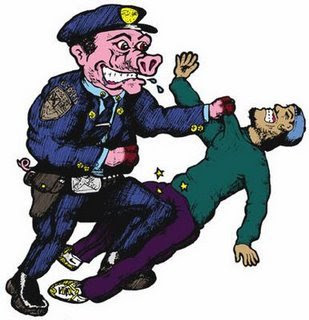 As written by Black Sheep Mag’s Nobby Lamb in the latest Hoof To The Head:

This week the Independent Police Complaints Commission have decreed that there was no liability or evidence enough to convict the police officers involved in the death of 80s U.K reggae artist, Smiley Culture. Smiley died in suspicious circumstances: the official line was that his South London house was raided by police (assumption- a tip off that Smiley was dealing or possessing drugs,) and that, during the raid, he went to make a cup of tea and then in a fit of pique, not to mention mental imbalance, stabbed himself to death.

(By the way, the IPCC are already on the rack over the death of Mark Duggan in Tottenham for misleading the public and the media after their initial findings’ narrative painted a more favourable position for the police. So, I wouldn’t think they had any less reason for giving out a wooly explanation for Smiley’s death and whilst there is some sort of criticism levelled at the officers’ dealing with his death, it de-emphasises, through spin, the incompetence of said officers’. So, let’s not take the IPCC on face value, no matter how “independent” they claim they are. They’re not!)

The explantation of Smiley’s death is murkier than a Florida swamp. It’s the assumption that both Smiley’s family and the wider public, (who the police are supposed to be accountable to,) will blindly believe that Jedi mind trick. Even if Smiley had drugs in his house and he was looking at a long sentence if found guilty, would he have killed himself? We will never really know what happened on that fateful day, mainly because the police have the upper hand, including controlling the information that flows out of an incident from the parties concerned.

In the wider sphere, however, we have yet another black man dying in suspicious circumstances with, clearly, a huge smokescreen fogging the real issues and the need for transparency.

It seems that nothing has been learned from people dying innocently from police mismanagement (usually minorities) throughout history. It does hark back to a slavery-master psyche that dictates that a black life is worth a lot less than a white one.

I understand that the police have a tough job, but they don’t do themselves any favours with this latest blunder. And, yes, Smiley’s reggae star years were well behind him the day he was killed, but it’s indicative of a deeply ingrained, dare I say it, racist stench, pervading from the police.

It’s tempting to make cliched comments about mainly white, possibly racist police officers dealing with a black man in a manner that is sub-human and vile, proving that we still don’t have the kind of parity between all races. But it does seem to ring true. Smiley’s family aren’t playing a cynical race card to get leverage for the truth to come out. But there are questions to be answered. It seems that the power structure and those representing law and order in this country still see fit to (excuse the pun) whitewash a serious incident resulting in a human being’s death (irrespective of Smiley’s possible criminality.)

Smiley is entitled to due process. His family is entitled, reasonably and ethically, to get the full truth of what happened, and for those with blood on their hands to be punished to the full extent of the same law that allegedly governs us all, equally.

Ending on that laughable irony, Smiley’s biggest hit was ‘Police Officer’. Art and reality merged fatally some 25 years later to wipe Smiley off the earth. His music lives on, but questions remain unanswered and still we don’t value everyone equally. So much for so-called progress.