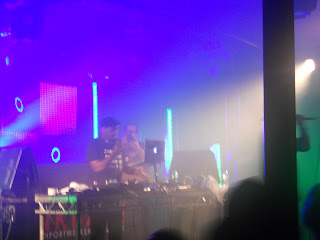 Blessings of more than just the musical variety descended on Butlins in Minehead last weekend. After weeks of rain, the sun broke through, Live Aid-style, just in time for Southport Weekender’s annual shindig. It made the feel-good vibes from every shade of black dance music sound just that little bit happier.
This was the 48th Weekender, but more numerically significant was that it marked 25 years since the event that started it all. That was a low-key gathering of 400 or so music heads in October 1987 on a blustery caravan park in Berwick Upon Tweed, with Ronnie McNeir and Keni Burke headlining. It was successful enough for founder Alex Lowes to try more events, and it moved to the Merseyside resort that gave it its name, before making the shift to the much bigger Somerset site last year. The move divided opinion, with many stalwarts feeling the event had lost some of its identity in its larger home, while others recognised its new ability to attract even bigger numbers of both punters and live acts. And for Southerners, no longer having to navigate the ultra-congested M6 around Birmingham helped.
Headlining the massive array of acts at SW48 was ‘Jilly from Philly’. Jill Scott’s live performance with a full live band was much hyped, and didn’t disappoint. Taking place in a new purpose-built concert arena within the huge central marquee, she’d kept the crowd waiting a fashionable 40 minutes before emerging with the appearance of some sort of Earth goddess. Clad in a figure-hugging black dress, orange headwrap and huge earrings, she went much further than simply belting out the soulful numbers, (including a trickily-tempoed variation on ‘Getting In The Way’ that had the crowd not quite knowing what beat to dance to.) Mugging entertainingly and flashing the kind of bodily gestures and visual put-downs that spirited black women do so well, she showed an impressively natural stage presence. 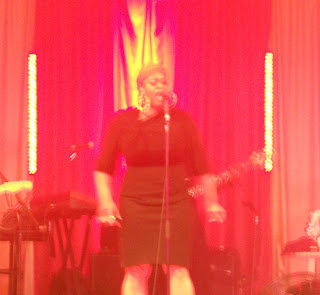 Friday night’s live attraction was Soul II Soul, complete with Caron Wheeler. If you closed your eyes and suspended your imagination, it might have been 1989 all over again. Other live acts, including The Brand New Heavies, Patrice Rushen, the Robert Glasper Experiment, Gregory Porter, Kenny Bobien and Josh Milan of Blaze, reflected the differing complexions of the four rooms of music, with something for all tastes.
If queues are anything to go by, the line snaking into The Funkbase at 3.30am on Saturday night gave some indication of its headline act. DJ Jazzy Jeff had recruited rapper MC Skillz to hype up his set, and their reputation clearly preceded them. True to his trademark style, Jeff ripped furiously through snippets of tracks, with the pop oddities easily equalling the hip-hop sounds. New Kids On The Block, Color Me Badd, David Bowie and Queen merged with Big Daddy Kane, KRS One, James Brown and Bobby Byrd breaks, and an extended sequence of reggae moments from the likes of Bob Marley, Dawn Penn, Buju Banton, and even Musical Youth’s ‘Pass The Dutchie’ had lighters waving. A couple of hours earlier, similar reggae basslines – with the queues to match – had been created by David Rodigan, a huge Funkbase attraction for the second year.
Where the live acts defined each room of music, it was harder to determine which arena you were in from the DJ sets. Although loosely split into genres, most DJs launched into freeflow, simply playing good music without worrying about categories – Ronnie Herel dropping Roy Davis Jr’s ‘Gabriel’ in The Funkbase, for instance. The Powerhouse at least stuck to what it said on the tin – pumping, bassline-heavy deep, soulful and chunky house, delivered by many of the US trailblazers such as Frankie Knuckles, David Morales, Tony Humphries, Kenny Dope and Kerri Chandler. New York dance icons Joe Clausell and Danny Krivit found themselves delivering their sets in the Beat Bar and Connoisseurs Corner respectively. 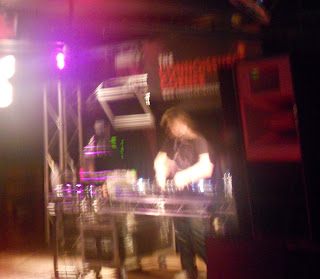 Of the names new to the bill, British house producer Sean McCabe rocked The Beat Bar crowd on Saturday afternoon, justifying his eligibility for a peak-time set next time round. Special mention must go to Greg Wilson, meanwhile, who span the 6-8am set of Sunday morning in the Connoisseurs. The novelty factor here was his manipulating of a reel-to-reel quarter-inch tape machine to bring in the drops and samples over his speaker-shaking grooves. It could easily have been done with a third CD player, but the tape machine was a nostalgic touch harking back to his days as a UK pioneer of the electro funk genre in the early 80s.
A special nod of acknowledgement must go to the residents, who have provided the event with its consistency over the 25 years, giving many a tune new-found status as an eternal Southport anthem. An outstanding service award has to go to Scotland’s Bob Jeffries, the only jock to have played at every weekender since 1987, (the North East’s Jonathan shared that status until he dropped off the bill a few years ago) and well on his way to a complete set of 50 events.
Boookings are now being taken for SW49, set for the weekend of 10th to 12th May 2013, and early sales come highly recommended, as these always sell out months in advance. Ahead of that, meanwhile, there’s the same team’s Suncebeat event from 25th to 31st July – all the soulful grooves of Southport, but on the sun-drenched Adriatic coast of Croatia – far less of a weather risk than Minehead. Details of all are at http://www.southportweekender.co.uk