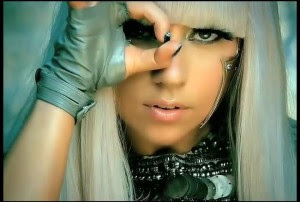 To anyone else bemused at how mainstream ‘hip hop’ and ‘R&B’ has been hijacked and morphed into banal, vacuous fodder for the masses, please believe that none of it’s random or by accident. It’s clear that it’s all part of a far-reaching agenda, and it’s all detailed in this series of excellent articles from The Vigilant Citizen.

If your first instinct is to laugh all this off as ‘conspiracy theory’, then you’re playing right into the control system’s hands, because that’s exactly the reaction they want towards any challenging viewpoint that differs from the ‘norms’, (that’s ‘norms’ that they themselves have applied, by the way.) It’s subject matter that has to be approached with an open and mature mind.

Seriously, it’s time we all started waking up to what’s really going on here. Who’s ready?

Transhumanism, PsyWar and B.E.P.’s “Imma Be”

The Transhumanist and Police State Agenda in Pop Music

The 2009 VMAs: The Occult Mega-Ritual