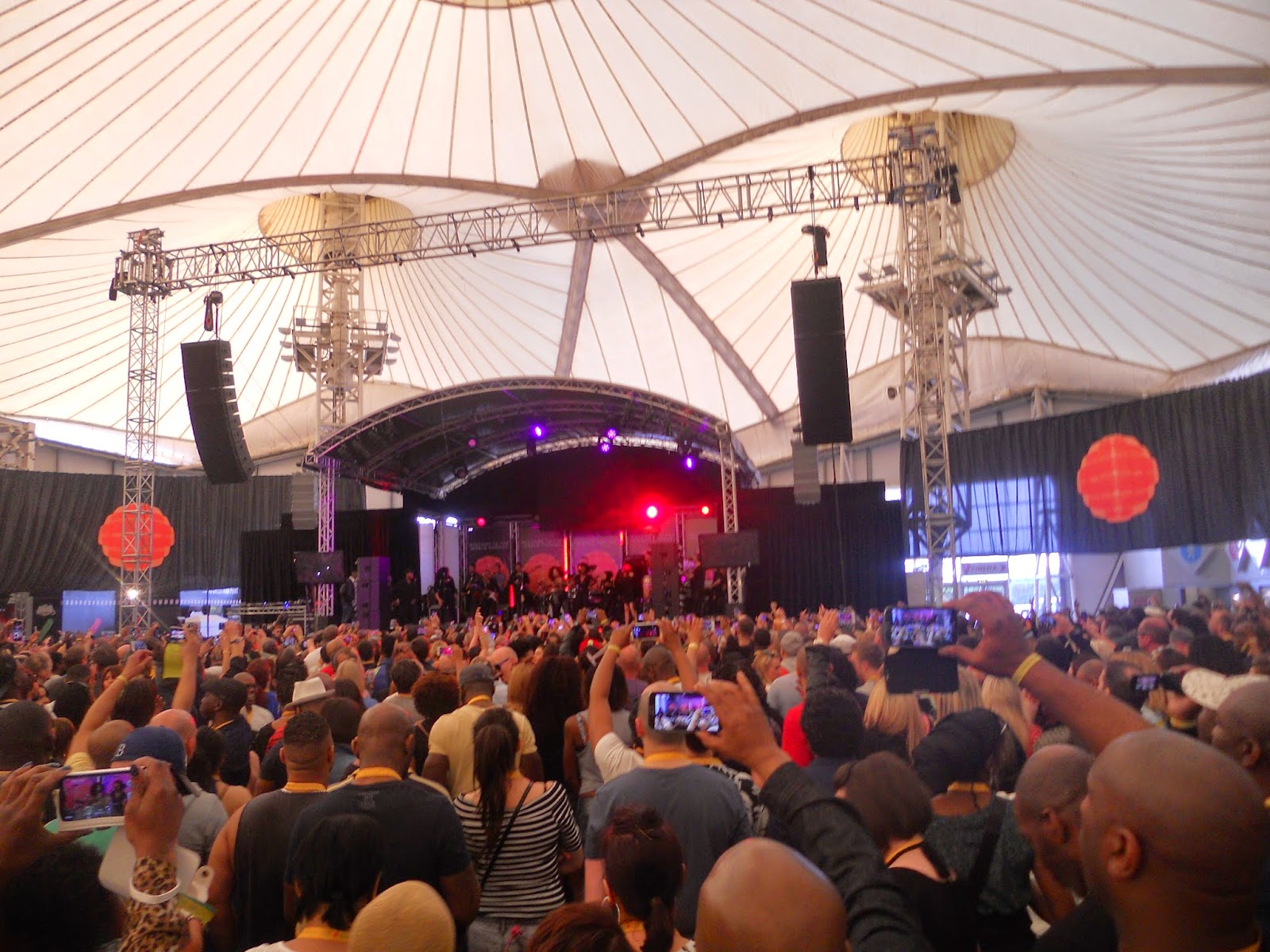 The Southport Weekender has just celebrated its big 50th event, (although confusingly, not in Southport at all, but in Minehead, Somerset,) and it’s hard to imagine a more impressive array of black dance music entertainment all in one place over one weekend!  True props for the team for putting it all together for this one.
Friday night saw funky live sets last night from Brand New Heavies and Omar, (a man whose haircut has survived for as long as ‘There’s Nothing Like This’,) and impressive Funkbase DJ sets from Swerve, Steve Wren, Schooly and Mistajam, JP dropping funky numbers, and Terry Hunter rocking the Powerhouse.
Saturday afternoon saw Archie Bell & The Drells hauled out of retirement for a live show where they showed they still dance just as good as they walk, (well, Archie at least,) followed by Chaka Khan packing out the main arena and shaking it with a rivetting vocal performance.
DJ-wise, EZ absolutely murdered it with an afternoon garage set, making it feel more like 3am than 3pm. JP pulled some 90s hip hop bangers out of the bag sending me into a nostalgia zone, paving the way for the man, the myth, the enigma that is David Rodigan, owning the stage like a Shakespearean actor between dropping bomb riddims to a ganja-smoke filled Funkbase. Shortee Blitz took over with some old school jungle.
Later on, Carl Cox and Kenny Dope went back to their roots with soul and disco crate diggers. Sadly, I missed Faith Evans’ live set due to the roadblock lock-out. A hugely outstanding bill for the big 50th, full of memories, old faces and the sort of music that reminds me why I became a DJ myself all those years ago. That’s my raving and live music absorbing done for another year!
Here’s my set of pictures from the event.

OCCULT ASPECTS OF THE BEATLES & THE McCARTNEY CONSPIRACY – MARK DEVLIN AT NEW HORIZONS, 2019