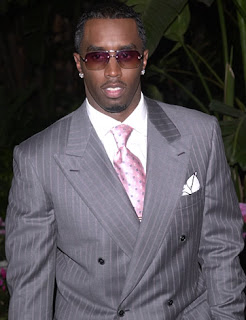 Gotta love this one! Taken from Black Sheep Magazine news.

Al Qaeda didn’t knock down the World Trade Centre on 11th September 2001. Neither did the US or Israeli governments. in Fact, it was Sean ‘P Diddy Combs’, working in conjunction with his girlfriend Kim Porter, alongside victim of the 1991 LA riots, Rodney King. At least that’s according to claims from a woman named Valerie Joyce Wilson Turks, who is quite possibly mentally deranged, but is nevertheless attempting to sue Combs to the tune of $1 trillion (£635 billion).

Among Turks’ various other claims against Diddy are the allegations that he put her son in hospital and sold a poker chip belonging to her, which she says was worth “100 zillions of dollars”. Despite the clearly outlandish nature of the claims, she has nevertheless been granted a date for the case to be heard in court.

In papers she has submitted to the court, Turks wrote: “[Diddy] went through Kim Porter and Rodney King and knocked down the World Trade Center and then they all came and knocked my children down. Set me up to be on disability and disabled my baby. He put my baby in a wheelchair.”

Turks claims that her and Diddy have a son together, Cornelius Wilson, who is now 23, even though she herself is only 31.

She added: “I won a lot of money at the casino in Mississippi and Sean P Diddy Combs has my chip to my money. I want my chip please help me. It’s well worth over 100 zillions of dollars.”

Turks has applied for a restraining order against Diddy, which a judge has denied.

Rather surprisingly, the case continues.